We design and quickly mainstream field-tested civic engagement innovations with and for nonprofits amplifying the power of historically disenfranchised communities. We do this because we believe that nonprofits doing innovative civic engagement work will build a more equitable and just society.

Our organization was born in the wake of the 2016 election as a grassroots, volunteer-led initiative. Over the next four years, our work took off and we became a team of 30 full-time staff in 2020. From 2016 to 2020 our work focused singularly on designing and quickly mainstreaming field-tested voter engagement innovations that spark non-activists to mobilize their friends to vote. We succeeded in developing and quickly mainstreaming a suite of elegant, user-friendly and non-proprietary innovations that RCTs suggest yielded over 15,000 net votes in historically disenfranchised communities. As one example, we designed and quickly mainstreamed ‘polling place vote tripling’. Dozens of major partners used this innovation in 2020, including When We All Vote and Fair Count, ultimately resulting in over 10,000 canvasser-hours of polling place vote tripling that produced tens-of-thousands of relational conversations. This innovation was featured in The Washington Post, The New Yorker, and The New York Times.

a. Canvassing vote tripling: collect vote tripling pledges while going door-to-door or talking to many potential voters in high-traffic areas such as outside of a concert or supermarket

2. Polling place vote tripling: asking voters who have just cast a ballot to stop and immediately text 3 friends to remind them to vote before leaving the polling place

Examples of questions the Design Researcher might tackle include:

1. How can we design canvassing vote tripling (e.g. scripts, implementation practices, etc.) to make it easy for canvassers to implement, collect the maximum pledges, and yield the greatest impact?

3. How can we optimize engagement (and impact) on digital platforms?

A successful candidate will be:

1. Excited about the opportunity to marry organizing with innovation

2. Driven to help organizations that serve historically disenfranchised communities succeed in their missions to engage with voters

**Please note that due to the nature of our work we are unable to hire any individuals who aren’t US Citizens or who don’t currently have green cards.**

This role is full-time. We’re open to either a short-term or long-term contract.

Reasons to Love this Role 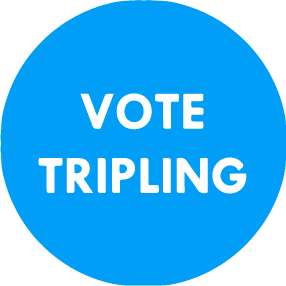 We design and quickly mainstream field-tested civic engagement innovations with and for nonprofits that amplify the power of historically disenfranchised communities.